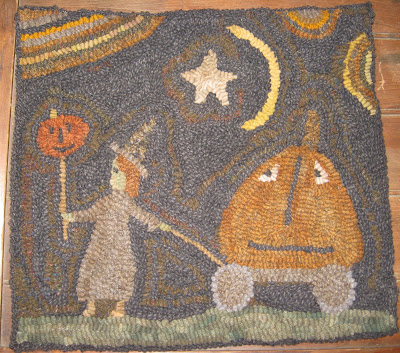 I listed this rug on Ebay. It was hooked by me and it from Lori Brechlin's Wytches Stytches.
Posted by Plumruncreek ♥ at 12:34 PM 5 comments: 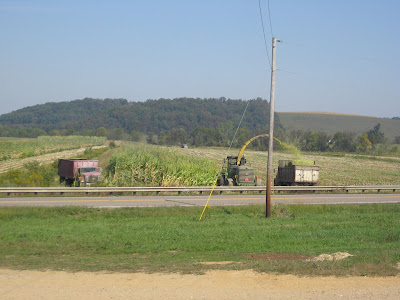 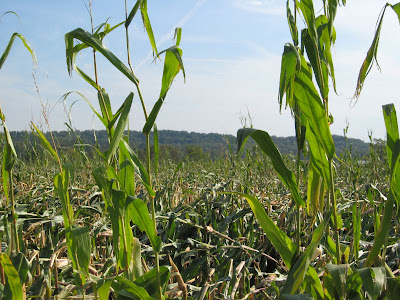 Our corn got damaged in the high winds of Ike. It looks like a tornado went through here. The corn is taking twice as long to chop as it usually does. It's down or bent over but, they are getting it. We use the corn silage for feed for the heifers we raise.
Posted by Plumruncreek ♥ at 9:27 PM No comments: 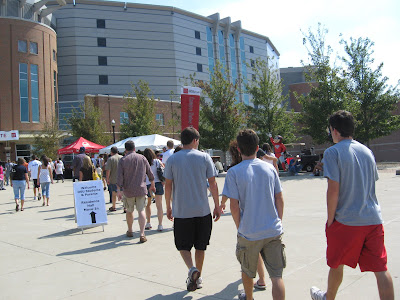 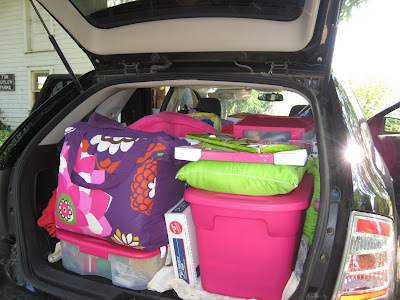 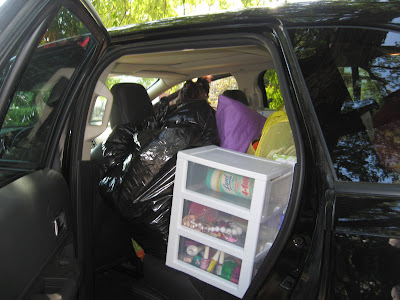 Today we moved my daughter to Columbus to The Ohio State University. It was very organized and went very smooth. It was a challenge to get 3 girls organized in 2 person room. They lofted their beds and put their desks under their beds,giving each one their own space.
Posted by Plumruncreek ♥ at 9:52 PM 2 comments: 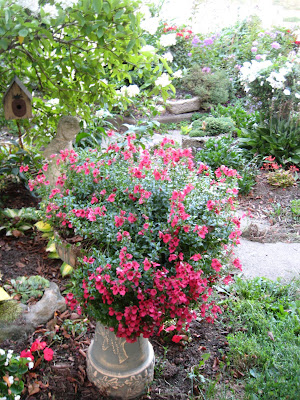 There is just a few plants that I have that still look good. This one is Diascia, it's a Proven Winner. I have grown this plant for the 3rd year. I recommend this plant and will be buying it again next spring.
Posted by Plumruncreek ♥ at 9:48 PM No comments:

We got our electric back on at 8:00 PM. The trucks were from Quebec, they had Canadian license plates.
I'm so happy we did get it back because today I will be getting Lindsay ready for college. Tommorrow is the big move in day at The Ohio State University! Finally! Lindsay has been getting everything ready for months. Now to fit everything in the dorm room with 2 other girls. LOL!!
Posted by Plumruncreek ♥ at 4:04 PM No comments:

Still No Electricity After IKE 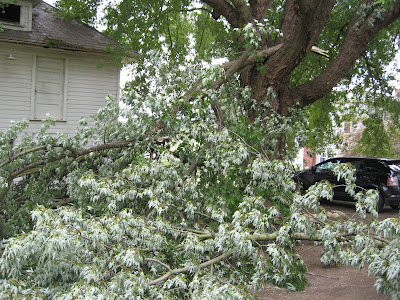 I have been trying to be patient but, after 6 days without electric it is annoying!!! From our house to the end of the road nobody has electric. The lines are laying on the ground. I even called the fire dept. on Tuesday because of live wires in a tree laying on the roof of one of our rental houses.The firemen said it was bad. But they couldn't get a hold of the electric company and said we were on our own. Not to touch the tree. The renters weren't home when all this happened. When they did get there I raced down to tell them not to touch the tree. GEEZ!!
I'm waiting..... The first day without electric we hooked up our generator. I was thinking how thankful I was. Then we went black again. Our generator BROKE!!! So we had nothing till Tuesday, our friend got his electric so he brought over his generator. The problem is it runs off of diesel fuel~we've used over $350.00 worth now. We're even shutting it down at night. Soooo I called today and the recording says they will have everyone's electric on my midnight Sunday.
Posted by Plumruncreek ♥ at 4:04 PM 4 comments: 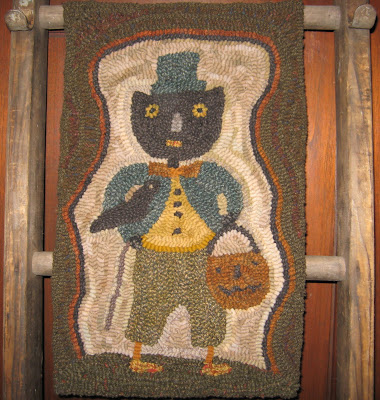 This rug was fun to hook!! I'm offering it on Ebay tonight. It's Maria Barton~Star Rug Company's design called "Mister Iggy". The pattern is in the current issue Sept.Oct. 2008 Rug Hooking Magazine. You can also go to Maria's website where she sells alot of her original designs. www.starrugcompany.com
http://cgi.ebay.com/ws/eBayISAPI.dll?ViewItem&ssPageName=STRK:MESELX:IT&item=300259660773
Posted by Plumruncreek ♥ at 4:49 PM 2 comments: 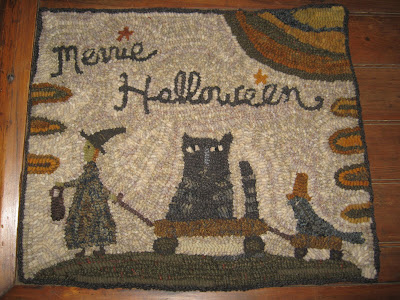 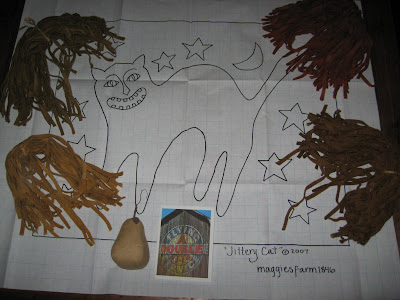 I received my prize from Merrie. Wow!! She sent me beautiful wool,her Jittery Cat pattern, and a pear ormament. Merrie also sent a nice card. It is a picture of her great grandfather's barn. How kewl is that?? Thank you so much Merrie!!
Posted by Plumruncreek ♥ at 4:51 PM 1 comment: 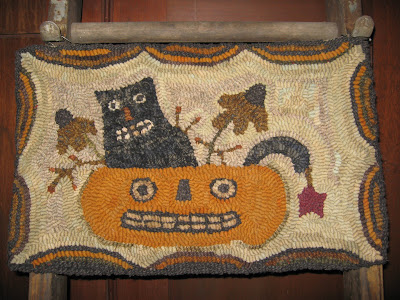 I'll be listing this rug on Ebay tonight. It is hooked by me and it is a Buttermilk Basin Design.
Posted by Plumruncreek ♥ at 4:42 PM 5 comments: 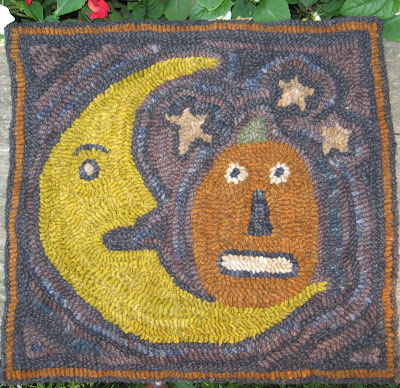 I just listed this rug on Ebay tonight. It's a Buttermilk Design. It measures 14.5 x 13.5 and was hooked with wool that was hand dyed by me.
http://cgi.ebay.com/BLESTB-Primitive-Pumpkin-Folk-Art-Hooked-Rug-PRHG_W0QQitemZ300255420635QQihZ020QQcategoryZ1217QQssPageNameZWDVWQQrdZ1QQcmdZViewItem
Posted by Plumruncreek ♥ at 6:01 PM 1 comment: 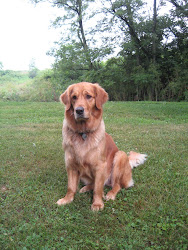 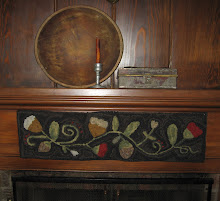 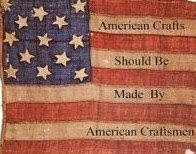